With the Coming of Evening 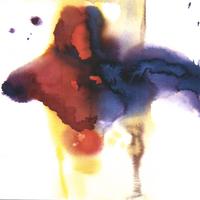 Kevin McCormick’s full-length debut, With the Coming of Evening, is a step into a new soundscape. Combining classical guitar with a core rock ensemble, the album carries the listener through dark passages and on to new horizons. McCormick contrasts straight-ahead songwriting with unusual song structures pulling the listener into his unique sound world. A wide scope of styles is utilized including classical, jazz, and rock.

“McCormick’s music isn’t jazz, isn’t folk, isn’t pop; though many of the musicians come from the classical world, it’s not that either. It’s a hybrid that comes across beautifully…Who cares what you call it-just listen.” -John DeFore, San Antonio Current

Hints of Japanese and East Asian musical influence are scattered throughout, most notably in the beautiful sound of Shiku Yano’s shakuhachi. It is a complete album in the fullest sense and well worth the journey.

“Say a guitar-playing musician comes from Texas, and the usual public image that comes to mind will be a country outlaw, a Tex-Mex fireball, or a freaked-out rock maniac. Exceptions can be found for all rules, though, and, like Davíd Garza and Charalambides, Ft. Worth-born Kevin McCormick has his own particular path to follow. Straddling worlds of intensely personal rock, formal musical training, and worldwide performing traditions, McCormick combines his backgrounds to create striking, involved compositions with rich, unexpected arrangements.” – Ned Raggett, All Music Guide

Kevin McCormick has been compared to Talk Talk, David Sylvian, and Pink Floyd, but McCormick’s music really falls outside of definable categories. An award-winning poet, guitarist, and composer who works with a rock ensemble, McCormick draws on influences as diverse as Miles Davis and Arvo Part; Peter Gabriel, Traffic, and Van Morrison. He has performed in the United States and Japan. McCormick’s work is music of sound and spirit.