Post-rock; alternately introspective and powerful; atmosphere and substance; song-cycle for the soul. 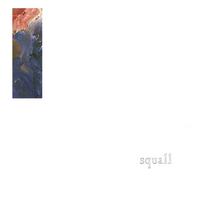 Squall glides through the eerie calm of “gathering clouds” to the near silence of “arroyo” stepping into the explosive title track and concludes with the soaring brilliance of “heritage.” McCormick blends classical guitar with unusual song structures into an avant-garde rock body, consisting of oboes, horns, strings, shakuhachi and piano along with the core rock unit. The amazing shakuhachi work of Shiku Yano is featured on the title cut. This is not a collection of singles; Squall is a work in whole. As haunting as it is comforting, as riveting as it is inspiring.

“McCormick’s music isn’t jazz, isn’t folk, isn’t pop; though many of the musicians come from the classical world, it’s not that either. It’s a hybrid that comes across beautifully…Who cares what you call it-just listen.”

“McCormick uses a combination of acoustic and electric instruments. . .to create a very subtle shadowing of moods and colors, shifting slowly from one contemplative moment to the next….Music worth listening to.” (Avenues Magazine)